You count your Emmys but you cherish your Peabodys. - Walter Cronkite

The Peabody Awards do a great service to journalism by taking it seriously. - Bill Moyers

The Peabody Awards Collection in the American Archive of Public Broadcasting presents a unique aggregation of public media: seven decades' worth of programs self-selected by broadcasters as their best work over the previous year and submitted for prestigious George Foster Peabody Awards. This collection, comprising nearly 4,000 digitized public television and radio programs, contains programs created between 1941 and 2003 by more than 230 different local, state, and regional public radio and television stations and producers in forty-six states, in addition to Puerto Rico and the District of Columbia. One hundred seventy-three of the programs are Peabody winners. Approximately twelve percent were broadcast nationally; many were seen only in their respective local viewing areas. The collection includes documentaries, public affairs programs, and science, health, children’s, and cultural programming.

The AAPB and University of Georgia thank the National Historical Publications and Records Commission for the generous grant that funded the digitization of the Peabody Awards Collection and the curation of this exhibit.

Next: Exploring the Peabody Collection by Year 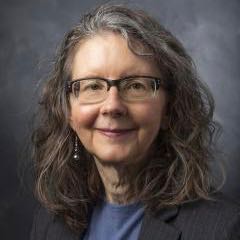